The secret of Le Gruyère AOP’s unique flavour is raw milk from cows grazing in the alpine meadows and the skills of the cheese masters and cellar masters, passed down from generation to generation in family businesses. The AOP (“Appellation d’Origine Protégée”, “Protected Designation of Origin”) label tells you that the cheese is authentic Le Gruyère, matured in a cellar for at least five months. The label is a sign of uncompromising Swiss quality in all stages of cheese production.
The secret of Le Gruyère AOP’s delicious flavour is unpasteurised cow’s milk, the white gold of Switzerland. The cows graze on fresh grass and wild herbs, which give the raw milk its distinct and unique aroma. 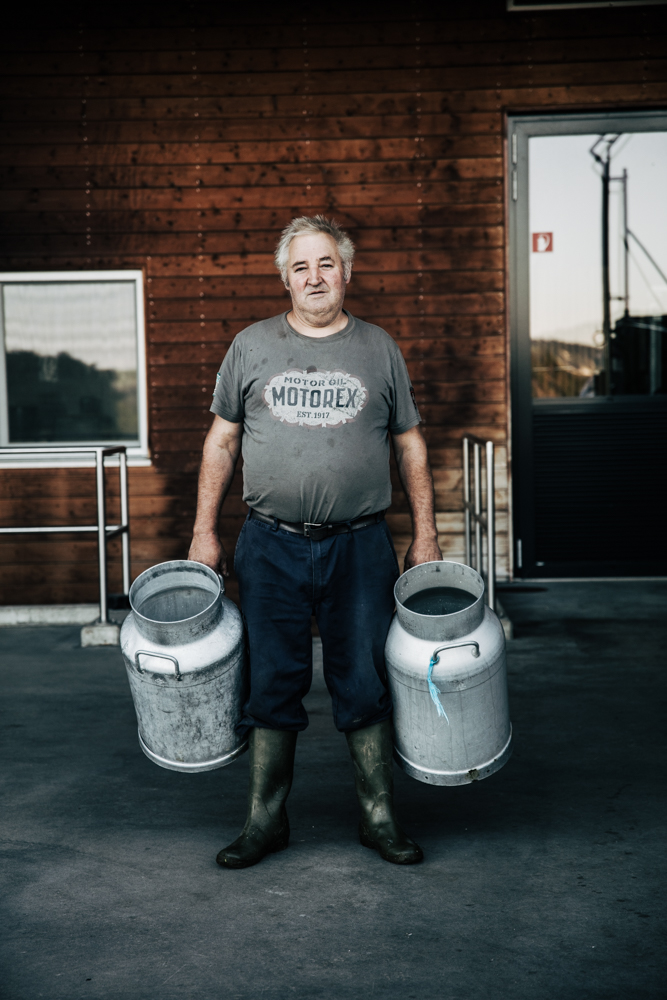 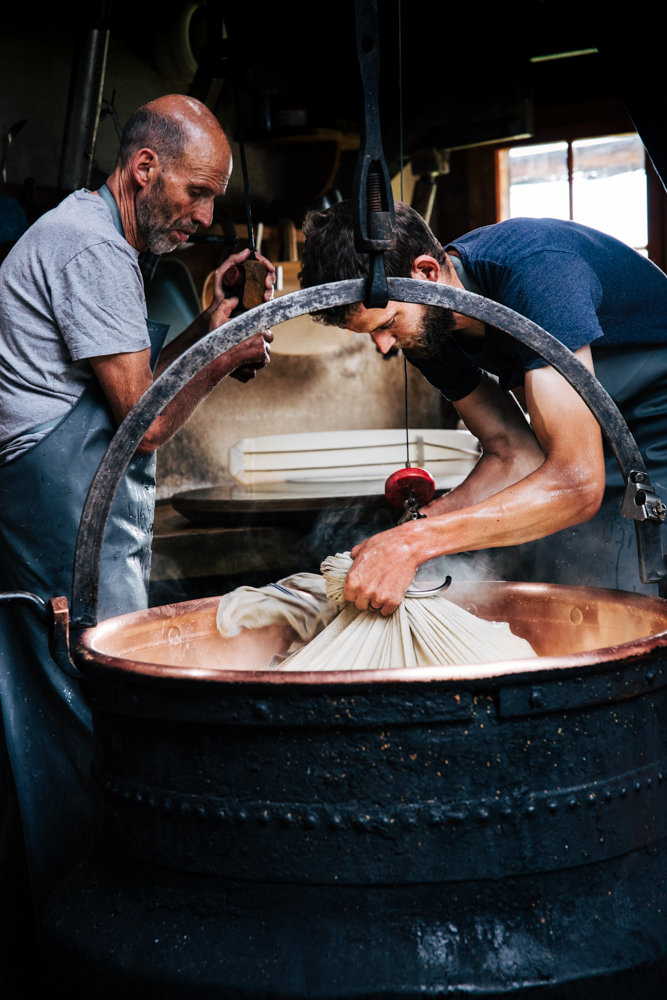 The Freiburg canton has about 2,200 dairy producers with about 25 cows each. The cows are milked twice a day: at six in the morning and after five in the evening.

After the milking, the cows enjoy a meal. They graze on fresh grass in the summer and are provided with hay in the winter. They are given nothing else. Many milk producers cut the required grass while tending to the cows in summer.

“The amount of hay we need is not exactly small, since one cow eats 70 kilograms of grass and drinks 50–100 litres of water per day”, says Le Gruyère AOP Alpage producer Alexandre Murith. Their alpine cowshed is home to 29 cows.

To return the favour, each cow produces 20–25 litres of milk daily. The mountain cows provide slightly less milk than their sisters in the valley since the animals move about more in the mountains, and this affects the volume of milk. One kilogram of cheese requires ten litres of milk, which can be seen in the price. Producers are paid well for raw milk on a European level, since high-quality milk is the cornerstone of premium cheese.

Twice a day – every morning and evening – each milk producer delivers their valuable produce to the cheese dairy located no more than two kilometres away.

One of the oldest local milk producers is Gilbert Janin, 90, who has arrived at the Fromagerie de Mézières dairy on his tractor. The tractor is carrying four traditional milk containers of 50 litres each.

“The dairy yard is a good place to chat while waiting for your turn at the milk pump. The cheese master is not only a business associate, but also a friend”, he says 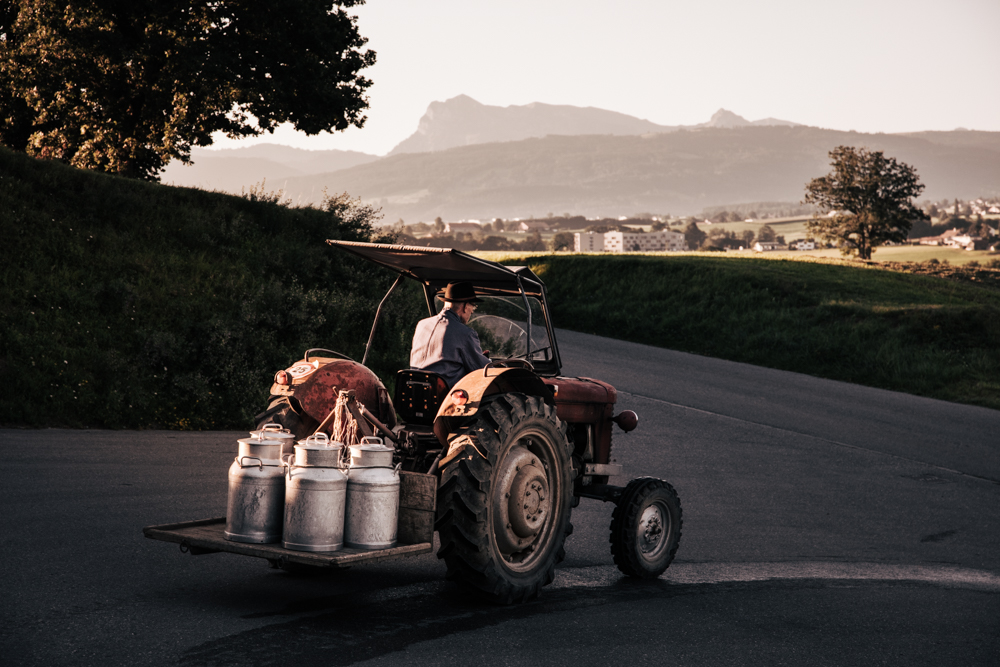 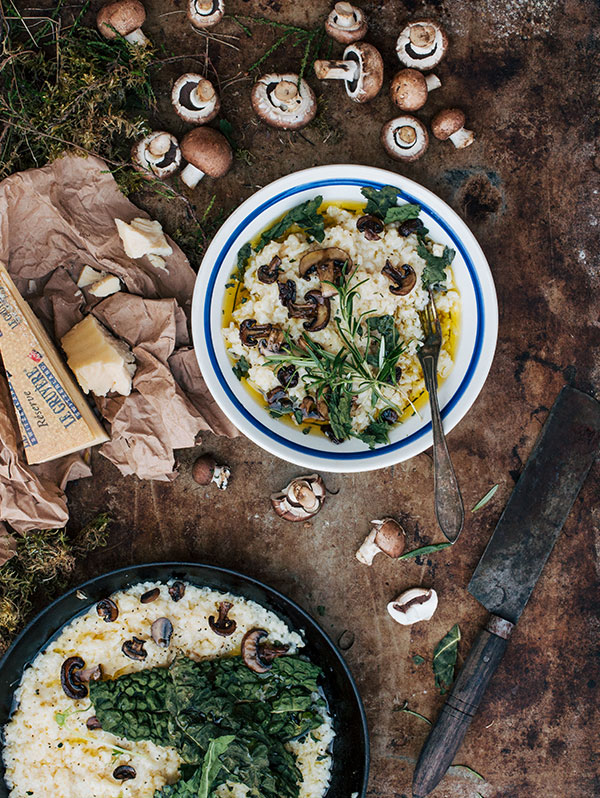 Risotto with forest mushrooms and cheese 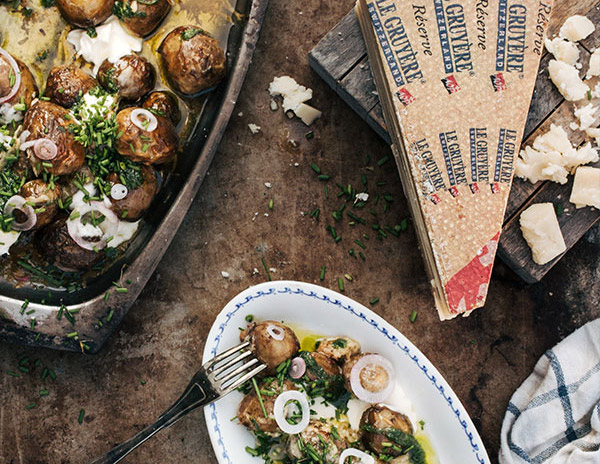 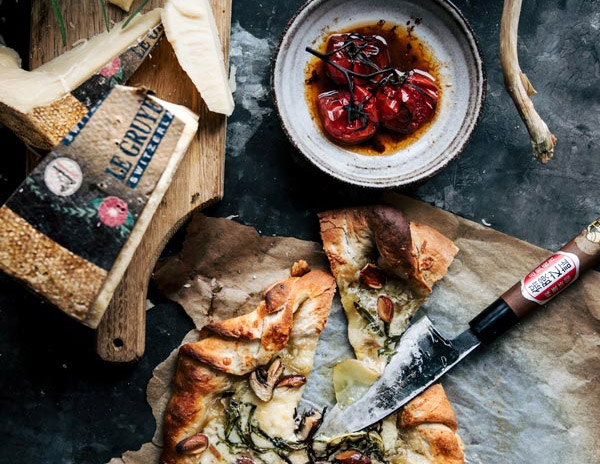 You can create mouth-watering combinations of cheeses and drinks by choosing balanced flavour pairs. Serve compotes, honey, roasted nuts, olives, and white bread and crackers with the cheeses. They...

END_OF_DOCUMENT_TOKEN_TO_BE_REPLACED

Cheese is like wine – it develops while maturing in a cellar

The flavour of Le Gruyère AOP develops and strengthens during maturation. The production process is exactly the same for all types of Le Gruyère cheese – the different flavours are created in the...

END_OF_DOCUMENT_TOKEN_TO_BE_REPLACED

The Gruyère cheese is named after the town of Gruyères in the Fribourg canton. Gruyère is hard, dense, pressed, and boiled cheese made of cow’s milk. The cheese has a fruity flavour at first, but it...